Our Apology ~ To Whom May Surprise You

Please note, that while these are my particular words, Don fully endorses, and shares in his remorse, and heartfelt desire to have this apology be from both of us.

Many may feel that I do not owe anyone an apology for simply self-correcting my diet.  Well, for that alone, I don't.  But, I feel very compelled at this juncture to sneak this in before getting on with my posting about this 30-Day Challenge, and learning to Live My True Nature!

I have a certain idea about myself.  We all do.  I believe myself to be honest, and strive to live as authentically as possible.  But, living your true nature can require what I call, and have already stated, 'Radical Self Reflection' (RSR).

Of course, at this juncture, and over the last few months, there has been an enormous amount of self reflection.  I had increasing fatigue for some time, and was not feeling 100% since the holidays ~ topics I will still be covering in the next post.

So, when you get sick and tired of feeling that sick and tired for so long, especially if you believe your diet is supposed to be healthy, then you begin to question where your theories have some holes.

Considering how things manifested for us as we exited the paleo community almost 6 years ago, with Don's infamous Farewell To Paleo, we are most certainly sifting through many emotions of remorse, regret, and disappointment as well.  We were both scorned and ridiculed by a few less than empathetic bloggers.  Don lost his job, and any type of ongoing relationship with his previous wife, of which he was truly her only real family, and someone he had been with for nearly two decades.

Let's see, getting publicly ridiculed on social media, losing a job, a friend and soon after, our beloved Angel was quite a lot to process and overcome.   Don felt like his reputation was trashed.  We both felt humiliated, and full of regret, and probably a bit angry and disappointed as well.

As we ratcheted ourselves back up out of the hole, and into the plant-based world, we re-invented ourselves, feeling ~ at least at first ~  more aligned with who we really were.  We were not participating in 'killing' animals, after all.  And, the big health scares we had originally that caused us to make the change ~ something we are NOW finally better understanding ~ improved swiftly upon making the shift from paleo to plant-based.  (More on that to come!)

So, we thought we were on the right path.  When you have a big health scare, and see swift improvements from making changes, it validates your beliefs about what was the cause of those symptoms.  However, it has taken us some time to see how what we believed to be the cause, turns out, may have been very wrong.

So, here is why I feel a need to apologize.


While doing all these videos for Plant-Based Solution which became Vegan Great Life (briefly) then Basic Macrobiotics ~ I truly (thought) I had the knowledge sorted out, in my brain anyway.  I studied macrobiotics, plant-based nutrition, and pretty well integrated that knowledge.  I love cooking, and enjoyed creating healthy ~ or what I believed to be healthy ~ simple fare.  I learned how many traditional populations had subsided on grain-based diets, and that grain and bean consumption is more stabilizing to blood sugar.  I figured since Americans eat too many refined grains (that part is correct), they just needed to see how easy it could be to incorporate whole grains, which I believed to be nature's principal staple food.  And, we always have consumed plenty of greens, vegetables, and sometimes lots of fruits.

Since being very high raw wasn't working for either of us, but we believed being plant-based was essential for health (after all, excess consumption of saturated fats, and foods high in cholesterol raise your cholesterol, and increase risk for heart disease, right?) ~  we followed a macrobiotic approach instead.  And, since my dad ~ who consumed lots of meat and fat ~ had heart disease, and adult onset diabetes, I/we drew the logical conclusion based on the long-held paradigms that indeed, excess consumption of animal foods, high in cholesterol and fat is bad for health.

Dr. Esselstyn wrote about helping patients with advanced heart disease reverse the hardening of their arteries, and make them essentialy 'heart attack proof' by maintaining a low-fat, whole-foods, plant-based diet.  Dr. Barnard helped people get off insulin, and 'reverse' their Type 2 diabetes on the same type of diet.   T. Colin Campbell concluded that consumption of higher than 10% of total calories coming from casein (animal protein) induced tumor growth in rats.  Considering we both had a potential, pre-cancerous health scare, and family history of heart disease, adult onset diabetes, and prostate cancer  ~ all roads seemed to lead to plant-based to help us be 'heart attack proof' and hopefully, diabetes and cancer-free.

We both have a history with macrobiotics, to which much of what they taught made sense, and aligned with Chinese medicine, so it was an easy match for us.  We mostly saw the foundational principles as tools to help people learn how to choose the best foods for each person's needs ~ their unique condition, constitution, region they live, etc.  Tools I/we still employ.

But, while trying to sound like an authority, I personally felt like I looked like crap.  I had baggy eyes most mornings.  I felt like wrinkles were showing up in ever greater frequency ~ right before my eyes!  I had low mood, low enthusiasm, and a monotone, boring delivery.  Quite frankly, I wouldn't watch those videos of me.  In fact, many a video never made it through, and instead was just trashed because I didn't feel like I looked like the epitome of health.

So, I was actually in cognitive dissonance, but didn't let that register, until now.  I was anything BUT genuine ~ however unwittingly, or unintentionally.  I was in a trance.  A trance that had me believe that I must be getting better, because I'm doing all the 'right' things according to the paradigm I was learning ~ the paradigm of macrobiotics, and whole foods, plant-based diets.

I apologize for that.  I apologize for all whom I gave bad advice.  I feel very bad about that.  I was so busy trying to make something my profession, all the while the Universe was telling me, "no, hun, you are not quite there yet."  The results ~ a piss poor outcome, with too few people really willing to cook up pots of grains and beans, and among those who did, they liked the food, but didn't like how they felt.  Even those who preferred eating a lot of fruit just did not have health results they desired.

Quite honestly, I could feel like a fool.  But, ironically, the old me on a plant-based diet would indulge that emotion.  The more yang, alpha woman that is finally emerging after making the dietary change is just saying to myself, "go easy, it was part of your learning experience.  Think about how much better you can now help others."

Sometimes we learn more about Who WE REALLY ARE, by who WE ARE NOT! 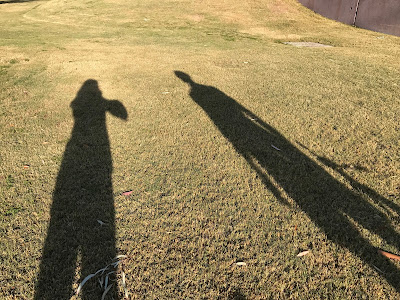 BUT, there is more.

I apologize to my friends, a couple in particular, for whom I gave a hard time for eating animal foods.  Our friendship has probably never been the same since.  Who am I to be 'should-ing' on others?  Who am I to intercept another's process?  Who am I to know better for another than they do?  I may have more insights about various things that I have had more training or experience with, just as each of us has our unique body of knowledge, and body of experience.  And, I can always share when I am asked!  That is key!  To be invited to share is much different than just expounding (my) virtues, unsolicited.

I apologize to my viewers.  I was trying to share, as I truly genuinely love to share, and help others.  But I failed miserably in that particular regard.  I apologize for any I led astray, and can only trust that I was part of your own journey.   I may have been the one that helped empower you to say, "now that I've listened to her, and tried what she said, I think she means well, but no, this isn't working for me, so now I know."  As, we are all here helping each other learn and grow in one way or another.

AND.  ONE MORE BIG APOLOGY, AND THE ONE THAT IS MOST IMPORTANT TO ME!

I apologize to ALL whom I have been dismissive of.  Only I know in my heart, and perhaps Don may know to what or whom I refer.  But while turning from paleo to plant-based, I turned my own scorn back on those paleo bloggers, and some who were presenting studies and a different perspective that I didn't want to hear.  I was taken in by the plant-based doctors and advocates, and their respective movies and documentaries, and wanted to believe they were right.

I began to believe they (the low-carbers) were just passing on 'pseudo' science.  I dismissed things out of hand because I made a quick assessment about how someone looked.  I thought, this person eats very high fat and protein, and claims it is the best way to eat, but looks pretty over weight to me, or has a gray skin tone from too few carotenoids and plant foods.

Well, I pretty much didn't look like a poster child of glowing health on my diet either.

How dare I be so dismissive?  I only hurt myself in the end.  And perhaps others who followed me along the way.  I have learned above all, to remain open to all sides.  There is always something of value to be had.

So, to all whom I just didn't listen to or give the time of day, and to any whom tried to share their story of failing on a particular version of a plant-based diet, for which my inner problem solver  looked for where they were doing it wrong, rather than seeing that it was MY information, and MY beliefs about what was 'right' or 'healthy' that was flawed, NOT the person sharing his or her direct experience ~ to all whom I inadvertently made feel bad for eating animals, and to all of my viewers, and readers of my/our books ~ I sincerely apologize.

I am turning away from by own books ~ although there is still plenty of good information ~ after years of investing my life force, because I would rather be well, than 'right' ~ something I wrote about in at least one of my books.  I am not so invested that I would rather not waste the books we have in print to not 'lose' money over losing more of my own health.  And all this while thinking I was finally
'branding' myself! 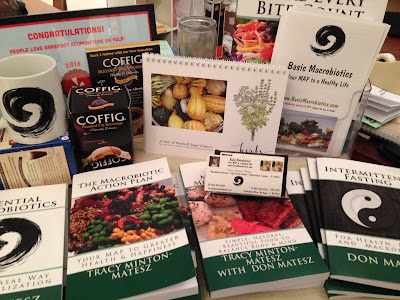 If I am living disharmonious to my own Truth, then I am out of alignment.  And Nature will have her way with me, as she already has, and does, when we are not on our Right path.

I am so grateful for Nature's justice system. I am so grateful for my willingness to be honest and open with myself, most of all.  And I am deeply grateful for those who stand by me, and support me, and allowed me the space to live out my choices, and even fall, despite their probably seeing the writing on the wall, long before I admitted it to my own self.

Next up, a full flesh out of our symptoms that led to these changes.  Don is working on a draft of his hypothesis of where we went wrong.  I'll also be sharing photos, and spelling out my/our health goals for this 30-Day Challenge, and beyond as we re-introduce various foods.